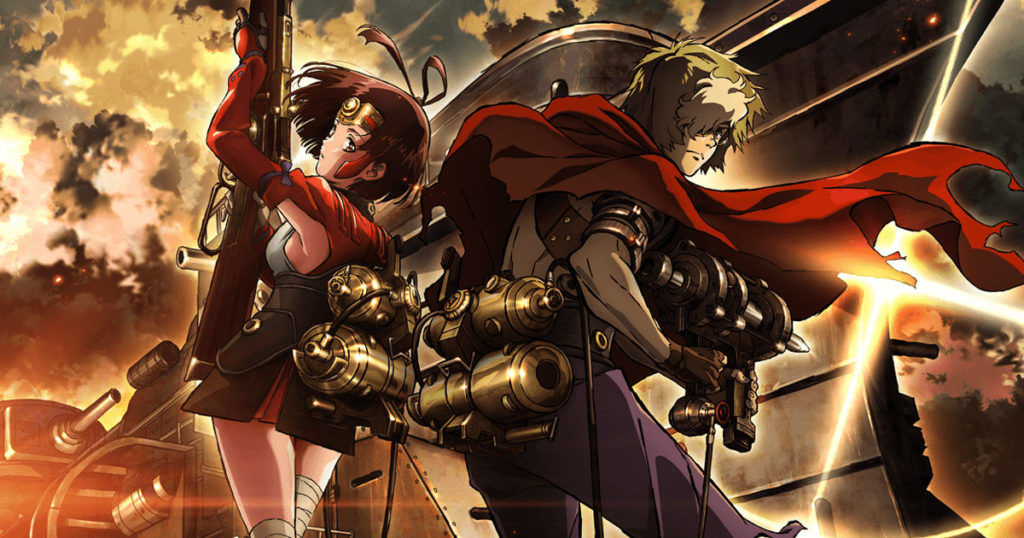 Since its launch in 2013, Amazon Prime Video’s distribution has expanded to many countries. The service has built quite a reputation for its catalog of movies and TV shows streaming to Prime members. Amazon is also rolling into producing its original television programs produced by Amazon Studios. Some of the original shows have already become critically acclaimed and won Emmys and other awards. The extensive library Amazon Prime video offers is overwhelming enough to dominate Hulu and Netflix.

But in one part that it’s struggling compared to its counterparts is Anime. Amazon Prime Video only has an ample of anime series that are available to stream right away. Previously Amazon onset into the Japanese anime market with its standalone streaming service called Anime Strike in January 2017. Anime Strike offered dozens of Anime titles, including exclusive shows for $5/month ($60/year) on top of the $99/year Amazon Prime subscription. Despite its exceptional lineup of anime series, Anime Strike had many issues. It resulted in Amazon shutting down the Anime Strike service and moving the anime catalog to Prime Video as a part of the prime membership.

The Abyss, a giant hole going deep into the Earth which harbors mysterious creatures and relics from the past. Only the brave individuals known as Cave Raiders have dared to go inside the Abyss. The unfathomable Abyss puts a dangerous curse on all Raiders who try going deep and return home. Therefore only a selected few with White Whistle titles are allowed to venture deep in the Abyss.

Riko is the daughter of legendary White Whistle Cave Raider Lyza, the Annihilator who has gone missing inside the Abyss. She aspires to be like her mother and venture the furthest in the Abyss. But being a Red Whistle only allows her to roam the Abyss’s upper layers. But one day, she discovers a mysterious robot with a human-like appearance. She names the robot Reg and is confident that he came from the lowest level of Abyss. As Reg doesn’t have any memories, they both decide to dive deep in the Abyss to recollect Reg’s memories while Riko can find her mother. But what awaits for this dua is the harsh reality of the Abyss.

02. Kabaneri of the Iron Fortress

During the industrial revolution, a strange virus emerged and turned all the infected humans into creatures called Kabane. These creatures act like a savage and consume the flesh of humans. The only way to kill a Kabane is by destroying their steel-coated heart. But if normal humans get bitten by a Kabane, then the victim is dommed to become Kabane. The remaining civilization have fortified themselves inside massive iron walls with heavily-armored trains as their transportation between other civilizations.

Ikoma is a young steam smith who makes his living by repairing the heavily-armored trains. He and his friend have developed a steam-powered gun that can pierce a Kabane’s heart from along distance. He is waiting for a chance to one day test his weapon against a living Kabane and prove to everyone that made fun of him. But little did he know that the opportunity he is waiting for will happen much sooner than he expected.

03. Wotakoi: Love is Hard for Otaku

Narumi Momose is an energetic working woman who is running late on the first day at her new job. As she catches the train, she vows to never reveal her so-called dark secret to any of her new colleagues. Her dark secret is none other than being a hardcore otaku and fujoshi. But all this fails when she meets Hirotaka Nifuji, her childhood friend and fellow otaku at her new job. She somehow maintains to keep her secret by inviting Hirotaka out for drinks after work.

But it got blown in seconds when she unconsciously answers Hirotaka’s question on if she is coming to this year’s Comiket. But luckily, the only witnesses to this conversation were Hanako Koyanagi and Tarou Kabakura, who are fellow otaku aswell. While drinking with Hirotaka, she talks about her ex-boyfriend, leaving her for being an otaku, and Hirotaka suggests that she should try dating a fellow otaku. This one single suggestion leads to a spiral of adorably awkward dating experience for both of them.

Humans have created countless imaginary worlds through the medium of writing and drawing. Souta Mizushino is an aspiring creator who is writing and illustrating a light novel. One day while watching an anime on television, for a short period, he gets transported inside the scene, which was airing on the TV. When he returns to his world, he finds the anime’s main character Selesia Yupitilia is his room.

Somehow fictional characters are appearing in the real world, ranging from the princely knight, a magical girl, a ruthless brawler, NPC librraian, and many more. Among these characters is a woman in full military uniform, which everyone is calling Gunpuku no Himegimi. For some reason, she knows way too much about the real world. And strangely, no one knows her origin or her real name. Now Souta and Selesia have to work together to find the reason behind this abnormal phenomenon where creations have started meeting their creator bluring line between reality and imagination.

05. Land Of The Lustrous

In the distant future, six meteors have struck the earth and destroyed it in the process. The only remaining land is a single coast which has given birth to a crystalline organism called Gems. Gems are immortal creatures with the jewel-like body and a humanoid form. A species known as Lunarians are constantly attacking Gems to shatter their bodies and use it for decoration. Each Gem has a role in fighting against Lunarians to protect their bodies.

Among the Gem is Phosphophyllite, who is also known as Phos. She is a young and fragile Gem who is considered useless among her peers. Phos dreams of helping out her friends with war efforts against the Lunarians. But due to her delicate body, she is assigned to handling the encyclopedia. One day while doing her task, she stumbles upon Cinnabar, an intelligent Gem who is demoted to patrolling an isolated island. The reason behind her banish is because her body creates a corrosive poison that can affect the other Gems. Phos was able to relate to Cinnabar’s feeling of being rejected by others. She decides to find a role that both can enjoy and can help protect other Gems.

Juri Yukawa dreams about leaving her parent’s house, but luck is not with her after failing 19 interviews in one day. It seems like she will be stuck with her working mother, NEET brother Tsubasa, and laid-off father for a very long time. The only beacon of hope in her life is her little nephew Makoto, whom her family plans to raise as a responsible adult. But this struggling family’s life takes a turn when Makoto and Tsubasa get kidnapped. The kidnappers ask for a ransom of five million yen, and they will kill both of them if the family doesn’t deliver it in thirty minutes.

The dangerous situation leads to Juri’s grandfather revealing a powerful secret in their family. The family posses a stone than can stop time and can only be activated with their blood. When the grandfather, Juri, and the father enter the timeless world of Stasis, they quickly run to their meeting point. But the rescue effort fails when they meet a group of people who are somehow able to move in the Stasis. This encounter leads the family to fight against the mysterious organization in a timeless world while making sure not to summon the monstrous giant known as Herald that protects the Statis.

Samurai lord Daigo Kagemitsu formed a pact with demons to increase his lands’ wealth and prosperity. In return, the demons took his firstborn son’s limbs, nose, eyes, ears, and even skin, but they left the baby alive. After Daigo’s order to kill the baby, the servant disposes it in the river. But to the baby’sluck, a passing medicine man saves and raises him. The man provides the young boy prosthetic limbs and weapons to fight the demons that are attracted to him.

The young boy lives and becomes a fine young man but still doesn’t have any sense of surrounding due to no organs. The only way to regains his organs is by killing demons. The only goal in his life is to retake what was taken from him by these demons. While he wandered around fighting demons, he befriends a young orphan kid named Dororo. This odd pair of friends travel to different demon-infested villages offering their services in return for a reward.

As a child, Thorfinn grew up hearing stories from Leif Ericson, an old sailor about his adventure and discovery of Vinland. According to Leif, Vinland is a warm and fertile land suitable for living and away from the war. But it all changes when the ship of Vikings arrives at Thorfinn’s village, and it’s leader planning on killing Thorfinn ‘s father, Thor. It turns out that Thors is a former Jomsviking who ran away from the battlefield and must die as punishment.

In a chain of events, Thorfinn witnesses his father’s death in the hand of Askeladd, the leader mercenaries. The vengeful Thorfinn follows Askeladd and ends up joining the mercenaries to challenge Askeladd. But he loses every time he asked Askeladd for a fight. In return, Thorfinn worked for Askeladd to help war efforts between England and Denmark.

Ryuuji Takasu and Taiga Aisaka are the perfect examples of never judge a book by its cover. Due to having a scary face, Ryuuji Takasu often gets labeled as delinquent. But in reality, Ryuuji is a gentle high school student who loves cooking, and other house works. Opposite to Ryuuji, Taiga Aisaka, who appears small and doll-like, has a feisty personality. Everyone founds her cute when she is angry, which resulted in everyone calling her Palmtop Tiger.

One day both of them discover each other’s embarrassing secrets. It turns out that Taiga has a crush on Ryuuji’s best friend Yuusaku Kitamura while Ryuuji has a crush on Taiga’s best friend, Minori Kushieda. After getting their secrets revealed, both of them start to help each other with their respective crushes while developing a strange relationship between them. In the midst of this, Ryuuji also finds out that Taiga has a lovely kind side that not many know.

An approaching noise from a motorcycle breaks the cold winter silence in an old abandoned city. It’s riders Chito and Yuuri are last of the humans in their war-torn world. The Duo’s daily activity involves scavenging old military bases for food and water. They spend most of their time speculating about the past and how the world was before the war.

Each other’s companionship is the only way for them to escape the eternal looming solitude. Accepting the fact of being the last of humans becomes easy for them by sharing its weight. Sometimes the dark days are a little better for them when they practice shooting, read new books, and have a snowball fight in the middle of a frozen battlefield. Yuuri’s clumsy personality and Chito’s calm nature makes them perfect partners for each other as they try to find hope in a bleak and dying world.