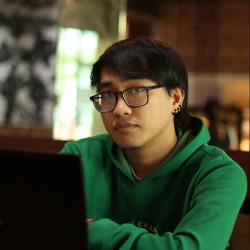 Warren Francisco
Warren is a freelance writer and anime nerd. He has been watching anime his entire life. He enjoys the mind-blowing plots, vibrant animation, and heart-warming scenes. He believes that anime is not just entertainment; it also serves as inspiration and lessons. He dedicates his content to newbies and nerds so you can be guided in your anime journey.

Naruto has become one of the most well-known anime, both to enthusiasts and casual viewers alike. The anime was on the air for fifteen years, and it has managed to capture the hearts of several viewers. With its source material being one of the best-selling manga series in history (selling 250 million copies worldwide), eleven films, twenty-six light novels, fifty-seven video games, even spawning a spin-off and a sequel series, Naruto during and after its run remains to be as relevant as ever.

As a series, in its very long run, Naruto talks about several themes— we have community and the feeling of belonging to one, cycles of generational trauma, war and its aftereffects, friendship and chosen family, adventure, and self-discovery and finding one’s place in the world, among many others.

If you’ve watched the entire series and want to view something similar, here are some suggestions:

Hunter x Hunter was created by legendary mangaka Yoshihiro Togashi, which in the beginning follows the journey of Gon Freecs, a young man with who has no idea where his parents are (does this sound familiar?), decides to follow his father’s footsteps in becoming a hunter (by the way, this is the only information that he knows about his father). In the process of becoming a hunter, he encounters people that become his friends, and they all grow to cherish the bonds that they have with each other, helping each other out in times of distress and being there for each other when they need it.

If you like a group of friends going on adventures, action-packed battles, and seeing the value of friendships and bonds,  Hunter x Hunter might be worth giving a try.

In a world where magic exists, wizards form associations called guilds. Fairy Tail follows the story of Natsu Dragneel, a member of the Fairy Tail guild, and his attempt to reunite with his missing adoptive father, the dragon Igneel. Natsu and his catlike partner, Happy,  befriend Lucy Heartfilia, a celestial wizard, Gray Fullbuster, an ice wizard, Erza Scarlet, a magical knight, and Wendy Marvell and her partner Carla. Natsu goes into missions with them where they deal with criminals, other guilds, and demons.

While Fairy tail doesn’t reinvent the wheel in terms of its approach in the genre, if you want humor, if you want adventure in a fantasy setting, if you want cool and flashy action, if you want emotional moments due to the bonds developed during the course of the series, give Fairy Tail a watch.

If you are looking for another anime that also has ninjas, elemental manipulation, and a group of friends looking to overcome hardships together— Flame of Recca might be for you. Recca Hanabishi, the titular character, is obsessed with anything related to ninjas, and claims to be one himself.  He believes that whoever defeats him will earn his loyalty and his services as a ninja, but this changes soon as he pledges himself as a ninja to Yanagi Sakoshita, who has the ability to heal any injury. Recca also soon discovers he has the ability to manipulate flames, which becomes a huge asset for him in battles.

Flame of Recca also features mystical objects that grant their users special abilities, such as manipulation of elements or the enhancement of physical strength and/or skills. These mystical objects provide great variety in the battles that happen across the series. Most of these fights happen across a tournament, which the characters had to go into to get something that was taken from them.

An earlier work from Yoshihiro Togashi, the Yu Yu Hakusho anime ran from 1992 to 1994. Yu Yu Hakusho follows the story of Yusuke Urameshi, a delinquent who dies because of an altruistic attempt to save a child from getting hit by a car. Yusuke, then, was supposed to get judged to determine his destination in the afterlife (whether it was heaven or hell), but he surprised everyone because of his seemingly out-of-character last act, and it was determined that he could not exactly go to either place. He was then given a series of tests to go back to life. He succeeds in these tests and eventually becomes an “Underworld Detective”, whose responsibility is to investigate supernatural activity in the human world. Yusuke befriends humans and demons alike while fulfilling his duties as an Underworld Detective, while also training to gain more power. Yusuke, in his path to gaining more power, also discovers more about himself and what’s important to him.

Boku no Hero Academia, better known as My Hero Academia to Western fans, is an anime that is set in a world where people “evolved” to be born with unique abilities known as quirks. In the beginning, as more and more people developed unique abilities, societal order collapsed as more and more people used their quirks for bad intentions. Other people with quirks decided to use their abilities for others, and that was when Hero as a profession was established.

My Hero Academia follows the story of Izuku Midoriya, a young man intent on following in the footsteps of his personal idol, All Might, the “symbol of peace” in contemporary society, and the number 1 professional hero in Japan. In line with this, Izuku enrolls in UA High School, the best high school in Japan that trains aspiring heroes. Izuku forms bonds not only with his classmates, but his teachers, other pro heroes, and All Might himself as well. Together, they all deal with villains that threaten the stability and the peace of society as it is.

My Hero Academia so far is a journey towards self-discovery, finding one’s place in society and a community, working hard to achieve your goals, while also emphasizing the value of emotional support in the bonds that are formed both in and out of school.

At this point, who doesn’t know about One Piece?

This series focuses on a young man named Monkey D. Luffy, who goes on a journey to find the titular treasure left behind by the late King of Pirates, Gold Roger, who declared that whoever finds it would become the next Pirate King. Luffy puts together a crew with people that he befriends on the way, such as Roronoa Zoro, a swordsman, Nami, their navigator, Usopp, a sniper, Sanji, their chef, Tony Tony Chopper, an anthropomorphized reindeer and a doctor, Nico Robin, an archaeologist, Franky, a cyborg shipwright, Brook, a skeleton who is also a musician and a swordsman, and Jimbei, a fish-man helmsman. One Piece features Devil Fruits, which grant some sort of power to whoever eats them. This series’ main character ate a Devil Fruit called Gomu Gomu no Mi, a Devil Fruit that gives the user’s body the properties of rubber.

If you like something with a rather simple art style, while also showing a lot of great humor, great action and enthralling character drama, you will for sure appreciate One Piece.

If you loved Naruto, nothing will quite fill the void that it left behind once it finished, but the anime listed above might give you a similar feeling that you had when you watched Naruto for the first time. If there are any anime that you think are like Naruto that we may have missed, please let us know!

Find more Naruto related articles by clicking on the links below:

Naruto Gift Ideas For Anime Fan In Your Life